At first it may seem unbelievable, but the KING ice cream has been a part of our lives for a full 20 years! This favourite premium ice cream has become an unavoidable part of the domestic pop culture.

Do you remember the first time you tried the KING ice cream?

It was the same year that you first installed the super advanced Windows 95 operating system on your computer, that LEDO presented its new KING ice cream. That year, the song Ironic by Canadian singer Alanis Morissette was constantly on the radio. It's very likely that you went to the cinema and were thrilled with the first Toy Story film, or the film Braveheart. It's also very likely that you were disappointed at the movies while watching Val Kilmer in Batman!

In 1995, a new ice cream was introduced on the Croatian market by Ledo, in grand style – KING Classic. Let that year be remembered by your first, magical encounter with this creamy vanilla flavoured ice cream and its crispy chocolate coating. It was immediately clear: KING was no ordinary ice cream 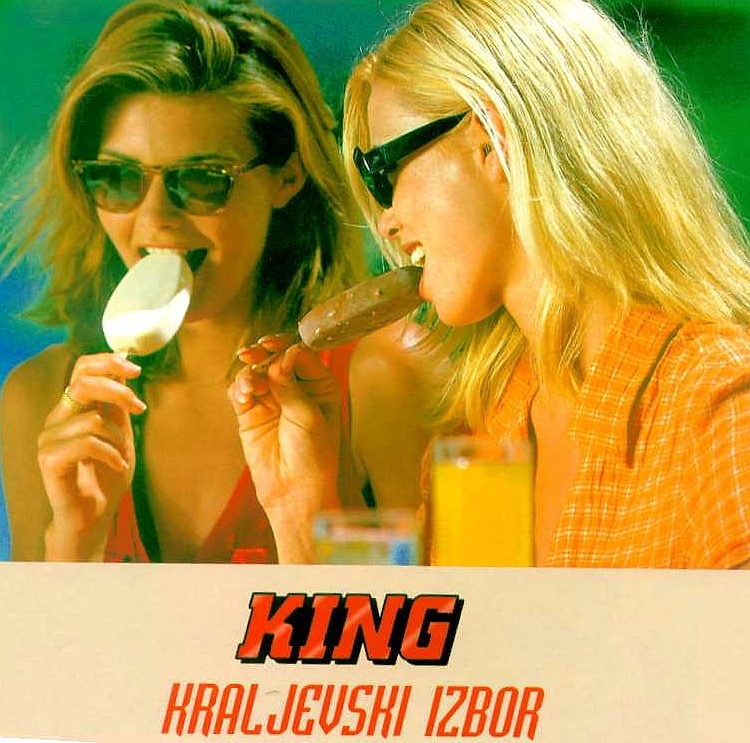 KING ice cream has definitely gone where no ice cream before it has gone! In the final years of the last millennium, the local TV stations rebroadcast the old Star Trek episodes, while in the new episodes, Captain Kathryn Janeway bravely led her crew back to Earth.

Meanwhile, KING also bravely set out to test new flavours and formats. KING Coconut, Extra almond, Extra Cookies, Sacher, Hazelnut... over the years, a dozen new flavours have appeared, each bringing with it special associations and emotions. For those who most enjoy the classic flavours, but wanted just a little more selection, at the end of the millennium, we introduced KING Double, the ice cream that was (and still is) the best seller. 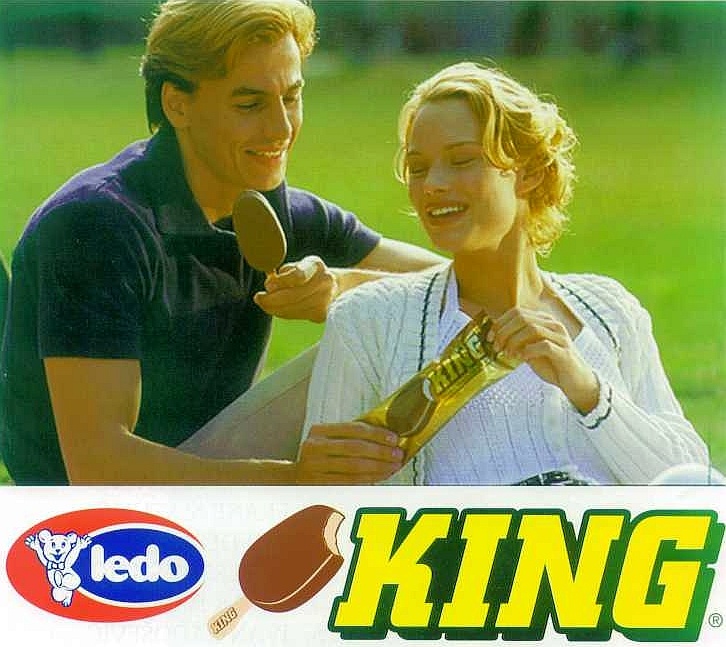 In 2010, KING literally went where no one had previously gone before – and a new version hit the freezers: KING Extra Amadeus. This was a previously unseen product – an ice cream made of two ice creams in one! On the one side, a sophisticated combination of pistachio flavoured and chocolate/hazelnut flavoured ice cream, while on the other fragrant nougat, marzipan and chocolate, with pieces of crispy hazelnuts. The International Ice Cream Consortium (the equivalents of the admirals of the Star Fleet!) proclaimed Amadeus to be the most innovative ice cream product in 2010!

Star-studded success of this favourite brand

Add to that the fact that the Croatian citizens, according to the survey conducted by the Ipsos Puls agency, selected KING as the number one brand on the Brand Score scale in the ice cream category, and it becomes completely clear why KING has achieved such star-studded success!

Over the past two decades, numerous flavours have appeared and have instantly found their way to the hearts of consumers. From KING Truffles to KING Extra 7 Secrets, the ice cream with its secret blend of flavours that will knock you off your feet! The dedication to all KING pleasures has been brought together into the newest, celebratory version of KING. 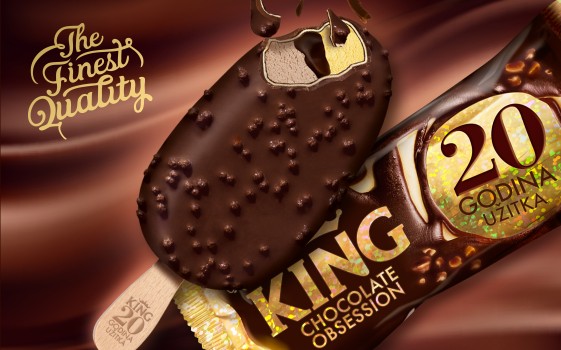 As suits a royal ice cream, for its 20th anniversary, we have the opportunity to enjoy KING Chocolate Obsession. This is a special white chocolate and milk chocolate cream ice cream, with a fantastic surprise in the middle! A chocolate oasis, coated in cocoa, white and dark chocolate. As though this were not enough to make your mouth water from the sound of it, Chocolate Obsession has crispy sprinkles over top it all!

Could there be any better dedication than this? Perhaps for its 40th anniversary!